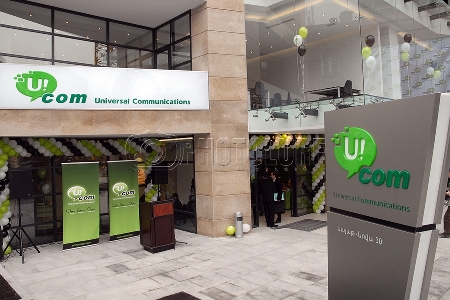 ArmInfo. <UCOM> CJSC announced  its intention to protect its violated rights in the transaction  regarding the merger of "VEON Armenia" CJSC with "Tim" LLC. This is  stated in the message of the company, received by ArmInfo.

The company informed that on June 26 of this year, the State  Commission for the Protection of Economic Competition of the Republic  of Armenia

It should be noted that on June 8 of this year, Tim LLC submitted an  application to the State Committee for Protection of the Republic of  Armenia with a request to allow the implementation of this  transaction. On July 1 of this year, UAB <UCOM> presented its  position on this transaction, in particular stating that this merger  is subject to prohibition for several reasons.

In particular, according to the position of Ucom, the actions taken  by LLC Tim and its management should be qualified as unfair  competition (including unfair competition using undisclosed strictly  confidential information owned by Ucom). Consequently, the conclusion  of the transaction in question directly contradicts Articles 11 and  16 of the Law of the Republic of Armenia <On Protection of Economic  Competition>, and the merger is subject to prohibition by the State  Committee for the Protection of the Environment of Armenia.

"The position establishes and substantiates that the former Ucom CEO  Hayk Yesayan, as well as the former deputy director and strategic  development director of the company Alexander Yesayan (who is still a  member of the board of directors of <UCOM> CJSC), in our assessment  violated fiduciary obligations in relation to Ucom, as well as in  negotiating with VEON Armenia CJSC and signing the memorandum  submitted to the SCPEC, used strictly confidential information that  is considered to be the property of Ucom (including details of the  transaction with VEON Armenia CJSC, which is a number of laws and  case law countries was called the doctrine of the assignment of  corporate opportunities.) Thus, we find that it was precisely as a  result of the disclosure and use by the Esayanov of Ucom's company of  strictly confidential information that Tim managed to negotiate and  sign a memorandum for the purpose of acquiring the shares of CJSC  <VEON Armenia>, in while negotiations on such deals take months, if  not longer. These actions, as justified in the position of <UCOM>,  are unfair competition and are prohibited.  <UCOM> CJSC presented to  the State Committee for Security and Protection of the Republic of  Armenia factual circumstances confirming the above statements. In  addition, a comparative legal analysis of the experience of countries  with similar legal norms was presented as an additional argument to  justify the reasons given in the position of UAB <UCOM>. The  information provided emphasizes that such manifestations are not  unique and are subject to conviction both in Armenia and abroad.

<UCOM> CJSC informs that it intends to defend its violated rights  both in the competent authorities of Armenia and in the relevant  foreign instances, and now, together with the team providing legal  services, as well as with foreign lawyers, is considering the  possible initiation of legal actions also abroad ", - emphasized in  the company.