Political scientist: The issues existing in relations between Armenia  and Russia do not reach critical mass, that might affect their  quality 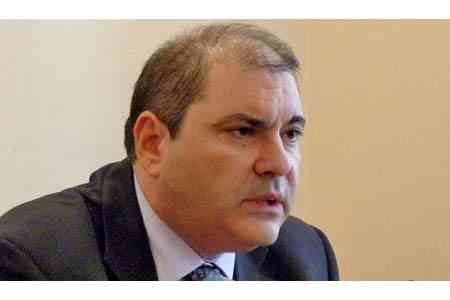 ArmInfo. If last time changes to  the Constitution of the Russian Federation were made by decision of  the relevant registry, subsequently approved by the constituent  entities of the Russian Federation, this time Moscow decided to bring  democratic legitimacy to the process, Director of the Armenian branch  of the Institute of CIS countries, political analyst Alexander  Markarov, expressed a similar opinion to ArmInfo.

According to the results of the constitutional referendum held in the  Russian Federation, 78% of Russians approved the draft amendments to  the country's Constitution. The latter, among other things, provide  for the nullification of the term of the current president of  Vladimir Putin, giving him the opportunity to be elected president  until 2036.

"A way was found to legitimize and bring to life those changes that  were considered important by the political class and the leadership  of Russia. First of all, based on the domestic and foreign political  point of view. At the same time, the inviolability of the borders of  the Russian Federation and the higher role of Russian legislation  were taken into account compared with international documents, "he  stressed.

Markarov is not inclined to determine the possible changes in the  Armenian-Russian relations with the provisions of the Constitution of  the Russian Federation. According to him, relations between Moscow  and Yerevan are determined by the wider international context and the  content of the bilateral agenda. In this sense, in the absence of  changes in the interests and perception of these interests by each of  the two parties, the relations will remain at the current level.

Proceeding from the level of existing official rhetoric, from the  symbolic participation of the Armenian military in the latest Victory  Parade in Moscow, Markarov emphasized that at this stage the  Armenian- Russian relations are considered as strategic-allied. At  the same time, both sides periodically voice issues related to common  problems at the regional level. Bilateral issues are also raised, for  example, gas pricing.  Nevertheless, in his opinion, all these issues  do not reach critical mass, that could affect the quality of  relations.

"As for Putin specifically, I'm inclined to consider changes to the  Constitution of the Russian Federation in a much broader context than  simply nullifying his presidency. In the end, this is just one  amendment out of dozens. Moreover, the political history in different  countries always has different, often quite unexpected, reversals.

In this light, often what is done in the interests of one person  turns out to be completely different in practical life. There is one  vivid example. Changing the Constitution in Georgia for himself,  Mikheil Saakashvili suggested that this would allow him to freely  move from the presidential chair to the prime minister's chair.  However, Georgian voters preferred the "Georgian Dream" to him. Of  course, I do not compare that situation in Georgia with the current  situation in Russia. But the latest constitutional changes in Russia  give logical possibilities to everyone, and not just to Putin, "   Markarov concluded.