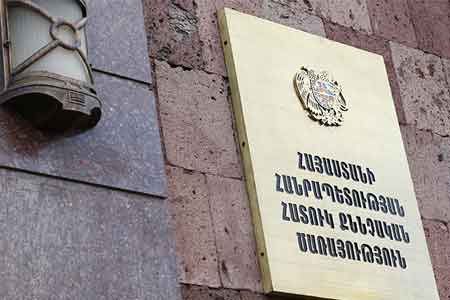 ArmInfo. The Special  Investigation Service (SIS) of Armenia will be unloaded.

The RA National Assembly at the plenary session on May 11 in the  first reading introduced amendments to the Code of Criminal Procedure  and the Law "On Special Investigation Service".

According to the Deputy Minister of the Republic of Armenia, Srbuhi  Galyan, a situation has now developed in the legal field in which the  SIS is investigating not only crimes related to its direct duties,  but also a number of other crimes. Meanwhile, as the deputy minister  noted, the Service should investigate crimes related to abuse of  office of officials. "Today, SIS also receives cases of car accidents  and other crimes not related to abuse of authority. This does not  correspond to the nature of the given body and leads to overwork of  employees, while SIS has a special mission," the deputy minister  said.

Srbuhi Galyan noted that according to the legislative initiative, it  is proposed to clearly identify the circle of officials whose cases  will be sent for consideration to the SIS. "In particular, the SIS  will investigate cases involving the president, prime minister and  other high-ranking officials. We also propose amending the clause  according to which the Prosecutor General can withdraw the case from  the proceeding of one of the law enforcement agencies and forward to  them SIS. From now on, the Prosecutor General will have such an  opportunity only if the objectivity of the investigation is in  jeopardy, "the deputy minister stressed.