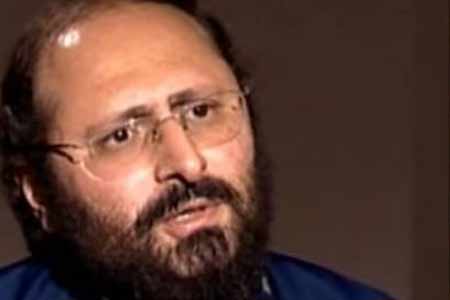 ArmInfo. The newly elected Patriarch of the Diocese of Constantinople of the Armenian Apostolic Church, Bishop Sahak Mashalyan arrived in Armenia.

According to the office of the Mother See of Etchmiadzin, during a meeting with  Mashalyan, the Catholicos of All Armenians Karekin II expressed his  joy with the election of the new Patriarch of Constantinople after  many years of waiting and wished him successful work in this post.   "We know that over the years, many of the problems that should have  been solved by the viceroy of the patriarch have remained unresolved  and need to be resolved.

We are confident that you, together with the  church and secular class, will make every effort to solve these  problems, and the Patriarchate will continue its useful service in  building and brightening the spiritual life of our faithful people in  Constantinople and Turkey, "said Karekin II.

In turn, Mashalyan assured that he would make every effort to resolve  existing problems in the diocese.

To recall, on December 11, 2019, the elections of the 85th patriarch  were held in the AAC diocese of Constantinople. The election was  attended by 103 secular and 17 clerical delegates. Sahak Mashalyan  and Aram Ateshyan fought for the place of the patriarch. According to  the results of the vote, Sahak Mashalyan was elected patriarch.

To note, in the first round of elections held on December 8,  Mashalyan also enlisted the support of the majority of voters who  took part in the electoral process. Then only 13,704 members of the  Armenian community took part in the elections, which is about 30% of  voters with the right to vote. Many did not come to the polls,  considering the elections to be unfair, since the election  qualification established by the Turkish state limited the  possibility of nominating a number of clergymen as candidates.