Acting head of the National Security Council: Video "Azerbaijanian in Yerevan" is a resaulf of false mounting 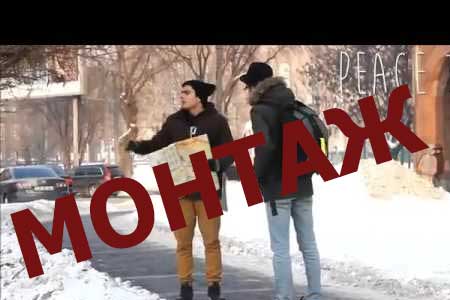 ArmInfo. A video in which an unknown person who identified himself as an Azerbaijani allegedly walking in Yerevan is the result of editing. This was announced on  February 28 in an interview with reporters by the acting Heads of the  National Security Council of Armenia Eduard Martirosyan.

He noted that you can mount any record, and it will not be difficult:  .  The acting head of the NSS also added that  conclusions will be drawn from this incident. "We are doing  everything possible to neutralize all kinds of threats," Martirosyan  emphasized.

Note that recently a video appeared in the social network in which a  young man calling himself an Azerbaijani walks around Yerevan and  releases various sarcastic comments to law enforcement agencies and  Armenia. The young man calls Yerevan "the oldest Azerbaijani city"  and complains about the lighting of buildings and monuments in the  capital of Armenia.