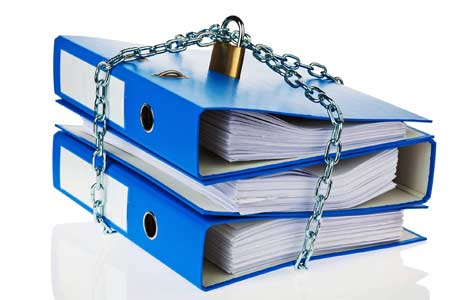 ArmInfo.When conducting investigative measures for corruption offenses, Armenian commercial banks will have to disclose banking secrets. The parliament at the  meeting on January 22 in the second and final reading amended the  Code of Criminal Procedure and the Law on Bank Secrecy.

As RA Minister of Justice Rustam Badasyan noted in his speech,  Armenia is one of the few countries in the world in which banks have  the right to disclose information on bank deposits of a person who  has only suspect status, which caused criticism from international  structures. Now it is envisaged to expand the list of persons whose  bank deposits are subject to disclosure. In particular, it is planned  to ensure the availability of bank data during investigative measures  against persons suspected of corruption. Moreover, the data should be  available not only in relation to the suspected person, but also  members of his family and related persons. But ensuring this  accessibility can only be achieved if there are significant  arguments. The final decision on the disclosure of bank secrets of a  particular person is made by the court on the basis of the petition  of the investigator and the prosecutor in charge of the case. In this  case, there must be the consent of the Attorney General or his  deputy. According to the minister, the package not only ensures the  independence of the banking system, but also raises it to a  qualitatively new level.

The proposal of the executive body also proceeds from Armenia's  international obligations, including the methodology for the 3rd and  4th round of monitoring of the Istanbul anti-corruption action plan  and MONEYVAL proposals.

Recall that the EU and the Council of Europe have joined forces to  fight corruption in Armenia. September 24 this year EU Ambassador to  Armenia Andrea Victorin launched the project "Strengthening  Institutional Capacity to Fight and Prevent Corruption in Armenia",  which is one of the six projects implemented in the second phase of  the EU / CE Partnership for Good Governance program. Ambassador  Victorin confirmed that for the EU the fight against corruption has  always been at the center of its agenda in Armenia, and the EU is  ready to continue to support Armenia's firm stance on corruption.