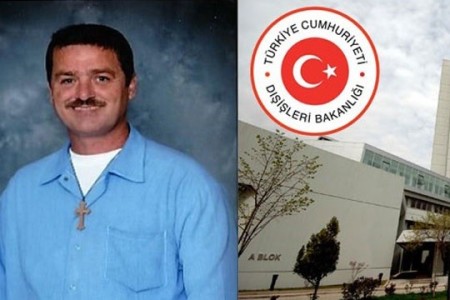 ArmInfo. American Turks are trying to disrupt the conditional release of  "ASALA" fighter  Hampig Sassounian. So according to Anadol,  representatives of the US Turkish community urged California governor Gavin Newsom not to approve the decision on conditional release of  Hampig Sassounian, who killed Turkey's Consul General Kemal Arykan in Los Angeles in 1982, and sentenced for this to life imprisonment. Moreover, the Turkish- American National Regulatory Committee launched  a signature-collection campaign calling for the annulment of the court  ruling,

Ethnic Turks from all the US states took part in the campaign, and  Turks residing in California listed their demands in a letter to the  governor. It should be noted that on December 27, 2019, a meeting was  held in a California court at which a decision was made on the  conditional release of the convict Hampig Sassounian, who on January  28, 1982 killed the Turkish Consul General Kemal Arikan in Los  Angeles. The decision will enter into force after the approval of the  governor. On December 28, the Turkish Foreign Ministry condemned this  decision: "We strongly condemn and reject the decision, which can be  appealed and subject to approval by the California governor," the  ministry said in a statement. - "This decision, which paves the way  for the release of the murderer of our diplomat, who suffered a  martyrdom on his own duty, contradicts the principles of universal  law and justice and is incompatible with the spirit of cooperation in  the fight against terrorism."

Earlier, on June 29, the California Parole Hearing Council rejected  Hampig Sassounian's request for parole from San Quentin State Prison,  where he was serving a life sentence for the 1982 murder.

Between 1973 and 1986, justice fighters killed 31 Turkish diplomats  around the world. The killings occurred in the United States,  Austria, France, Italy, Spain, Lebanon, Greece, Switzerland, the  Netherlands, Canada, Portugal, Iran and the United Kingdom.

It should be noted that in 2016, Sassounian was pardoned by the  California Clemency Commission, but California Governor Jerry Brown  vetoed this decision.

It should be noted that Hampig Sassounian was a member of the JCAG  organization, which is an ally of ASALA. In 1982, Turkish special  services killed the leader of the JSAG, Abram Aschyan, and after that  nothing was known about the activities of the JCAG, perhaps the  organization took a new name - "Armenian Revolutionary Army".