MP: To declare war on the media is simply absurd 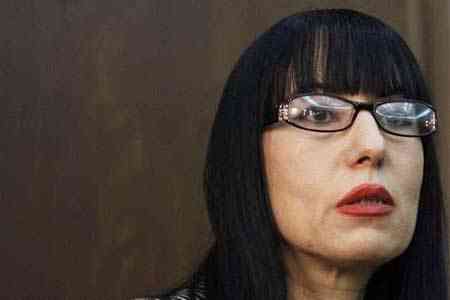 ArmInfo. "Recently, certain messages have been visible on which I conclude that certain problems may arise with regard to the media," MP from Prosperous Armenia  faction Naira Zohrabyan said in a conversation with reporters on  January 17.

According to the MP, there was pressure on the media under the  previous authorities. "As a former journalist, I can say that under  the previous regime there was a lot of pressure on the "Haykakan  Zhamanak " newspaper, which I worked for, and on its chief editor,  who is now the Prime Minister of Armenia.

Almost every week, we, the newspaper's staff, found out that another  lawsuit has been submitted to us in court, that is, this particular  newspaper was subjected to the greatest pressure from the former  authorities.  However, what did they achieve? In fact, nothing, "the  MP emphasized.

According to Zohrabyan, no government can interfere with the work of  the media. "To declare war on the media is simply absurd. It would be  absurd if the government decides that it can declare war on a  publication that does not disseminate information that is pleasant to  them. Given that there was a war before against Nikol Pashinyan,  lawsuits were repeatedly submitted, but and achieved nothing, I hope  that the current government will not repeat the mistakes of the  previous authorities, "the MP concluded.

To recall, on the eve of the government meeting, Prime Minister Nikol  Pashinyan noted that many media in Armenia are controlled by the  families of former senior officials. The head of government called  for continued work to ensure transparency not only in government  circles or large companies, but also in public organizations and the  media. "The logos of at least two TV channels can be substituted with  the words "Corruption" or "Corruption Group" the head of government  said. He also stated the need to identify the real owners of the  media.