Orientalist: We are experiencing another period of modernization of  the Arab world 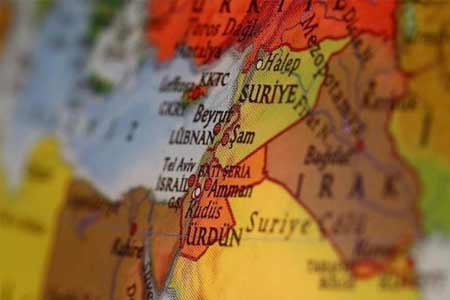 ArmInfo. The crisis in Syria is close to a settlement.  Director of the Institute of  Oriental Studies of the National Academy of Sciences of Armenia Ruben  Safrastyan expressed a similar point of view in a conversation with  ArmInfo.

According to him, to date, the main geopolitical players in Syria  have reached a consensus. "The legitimate authorities of Syria take  these agreements very well and slowly but surely, the ATS is moving  towards the process of resolving the crisis in which it has been for  many years," the orientalist said.  At the same time, he stated that  a completely different situation in Lebanon, where social  performances could not calm down. "To me it seems that we are  experiencing another period of what is called modernization of the  Arab world. In particular, we see this process in Lebanon,  "Safrastyan said, expressing his conviction that the outcome of the  unrest in Lebanon will depend on the actions of the authorities.  According to him, if the current government can find solutions to the  problems that the country has faced today, then unrest will decline  without negative consequences.

To clarify how Armenia should behave in this case, given the presence  in Lebanon of a sufficiently active and large Armenian community,  Safrastyan expressed his conviction that official Yerevan in this  situation should only closely monitor the developments in this  country. "I don't think that there is any threat to the Armenian  community in Lebanon, since the processes in the country are on a  social level and have no ethnic or religious connotations," the  orientalist concluded.