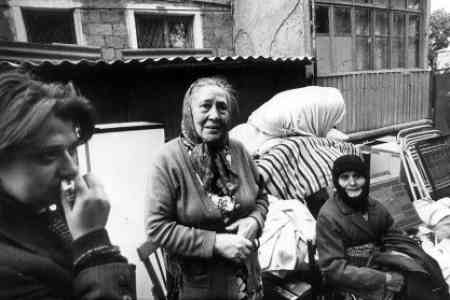 ArmInfo. 108 families forcibly deported from Azerbaijan in 1988-1992 will receive housing certificates. The decision was made at a meeting of the Armenian  government on November 21.

As the Deputy Minister of Territorial Administration and  Infrastructures of the Republic of Armenia Bagrat Badalyan noted,  about 1.5 billion drams will be allocated from the Reserve Fund of  the Government to solve the task. The deputy minister noted that  currently there are 895 families registered, of which 641 are in  Yerevan and 254 are in the regions. Given the rather large amount of  necessary financial resources, refugee housing problems are envisaged  to be solved in stages. In order to solve their housing problems, the  Ministry has developed subprograms. At the first stage, the program  will cover 108 families from 5 administrative districts of Yerevan.  Particular attention will be paid to the guests of the Sebastia,  Nairi and Interrimini hotels, which are constantly under threat of  eviction from the owners of these hotels. The remaining families  receive housing at subsequent stages in accordance with the programs  provided for by the state budget.