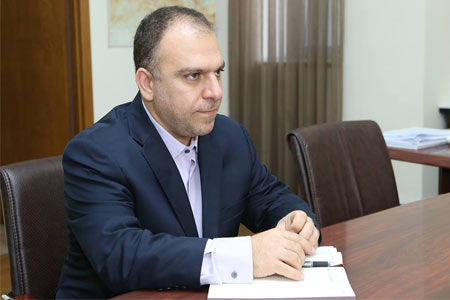 Earlier, Petrosyan stated that Avetik Eloyan was allegedly mired in  corruption. According to him, together with his brother Zareh Eloyan,  in 2012 he founded the "Eloyan Architects" project company in the  USA, which is currently involved in a number of large projects  implemented in Armenia.

In connection with Petrosyan's report, law enforcement authorities  began inspections.  We add that Sarhat Petrosyan is the son-in-law of  former head of the Public Council of Armenia Vazgen Manukyan, who has  recently been actively criticizing the policy of the country's  authorities.