My step:Launching  of the vetting system is on its  way to  implementation 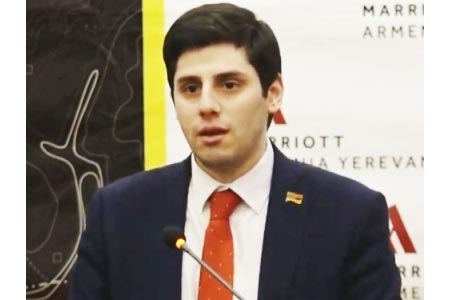 ArmInfo. The implementation of the vetting system in Armenia is on the way to implementation. This was stated by the deputy from the "My Step" faction Suren  Grigoryan at a November 18 briefing.He noted that the conducted  studies show distrust in the Armenian society towards the  Constitutional Court and the judicial system as a whole.

Meanwhile, it was emphasized that this atmosphere of distrust is formed by  judges, who are a minority, but their work casts a shadow on the  honest work of most of their colleagues.Grigoryan noted that, given  the fact that the word "vetting" itself became the reason for some  manipulations, its use was minimized.

Meanwhile, the processes that are implied by its implementation are  gradually being implemented by developing ways to reform the judicial  system. This, in particular, concerns the draft Judicial Code, which  was previously considered by the RA Government."In this regard, we  can say that the implementation of the vetting system is on the way  to implementation," said Grigoryan.