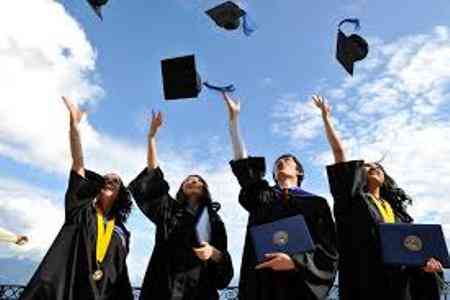 ArmInfo.The Prime Minister of Armenia Nikol Pashinyan, who is on a working visit in Paris, together with his wife Anna Hakobyan visited UNESCO headquarters, where he  took part in the 40th session of the organization's general conference.

According to the press service of the Prime Minister, UNESCO Director  General Audrey Azoule met the Prime Minister and his wife at the  entrance to headquarters. After the photographing ceremony, the Prime  Minister took part in the thematic discussion "Reinventing learning",  which was also attended by leaders of several countries and  delegations.

In his speech, the Prime Minister touched on reforms in the public  administration system in Armenia, as well as in the field of  education. Nikol Pashinyan called improving the quality of education  a strategic goal and noted that the development of the sphere is in  the focus of attention of the Armenian government. The Prime Minister  noted that education is of strategic importance for society, and the  task of the government is to promote the progress of the sphere  through innovative programs and improve infrastructure.  Then the  Prime Minister gave an iinterview to the press service of UNESCO.