Nikol Pashinyan will pay a working visit to France 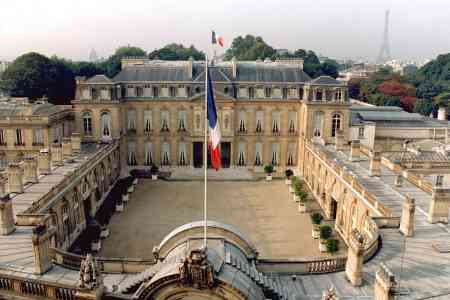 ArmInfo. Armenian Prime  Minister Nikol Pashinyan and his wife Anna Hakobyan will pay a  working visit to France from November 11 to 12 to participate in the  Second Paris Peace conferences and the 40th General Conference of  UNESCO. This was reported by the press service of the Prime Minister.   According to the source, on the first day of the visit, the head of  the Armenian cabinet will take part in an official reception on  behalf of the French president in honor of the leaders of states and  governments participating in the Second Paris Peace Conference.

On November 12, the Prime Minister of Armenia will participate in the  official opening ceremony of the peace conference and thematic  discussions at the event, during which he will deliver a speech.

As part of his visit to Paris, Nikol Pashinyan will also visit the  office of the International Organization of French-Speaking Countries  and meet with the Secretary General of the International Labor  Organization, Louise Mushikivabo.  The visit of the Prime Minister  and his wife to the headquarters of UNESCO and their participation in  the 40th General Conference of UNESCO is planned. Pashinyan will  deliver a speech as part of thematic discussions. He will also meet  with UNESCO Secretary General Audrey Azoule.

During the visit, the Prime Minister of Armenia and his wife will  meet with the leaders of the Armenian community of France. An  official reception will be given in honor of Nikol Pashinyan and Anna  Hakobyan, at which Pashinyan's speech is expected.