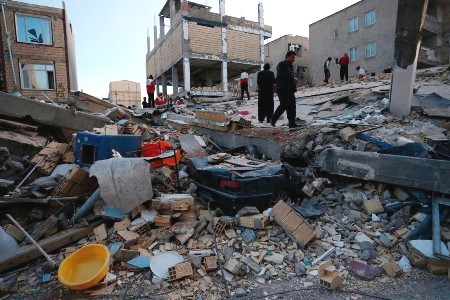 ArmInfo. A powerful earthquake  in Iran was felt in Armenia.  As the press service of the Ministry of  Emergencies of Armenia reports, the earthquake of magnitude 5.9 was  registered on November 8 at 02.47 Yerevan time 45 km south of the  city of Ardabil, 210 km southeast of the city of Meghri RA. The  strength of the earthquake at the epicenter was 8-9 points on the MSC  scale - 64.

According to the Iranian Press TV channel, as a result of the  earthquake in Iran, at least six people were killed, more than 345  were injured and injured, 40 houses were completely destroyed.

According to him, about 20 million Iranians felt the tremors. In   some areas, residents left home in a panic and ran out into the  street.  According to Iranian media, the first push was followed by  several aftershocks of magnitude from 4.1 to 4.8.