Enrique Iglesias doesn`t mind put on a concert in Armenia 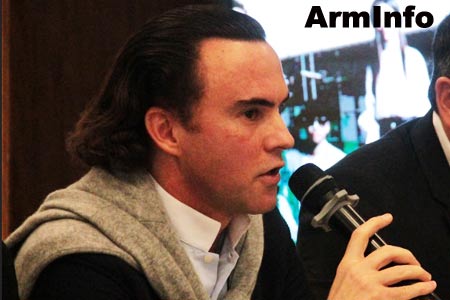 ArmInfo. World famous  Spanish singer Enrique Iglesias is thinking about a concert in  Armenia. The co-founder of the international holding Berin Iglesias  Art (BIA), brother of the singer Jorge Iglesias, said this on  November 6 at a press conference on the start of the Silk Note  festival in Yerevan.

<I told him about Armenia, and he became interested. We are now  organizing the route of his tours for next year and are looking at  which period will be more convenient for holding his concert in  Armenia. It is likely that next year he will come to you>, he said.

To note,Berin Iglesias Art is an international event-holding  company that has been successfully operating on the world market for  more than 15 years. The brand has representative offices in 15  countries, including Russia, Germany, Belarus, Switzerland, Austria,  France, England, Italy, Spain, the United Arab Emirates, Israel and  others. The holding plans to open a representative office in Armenia  in the near future.