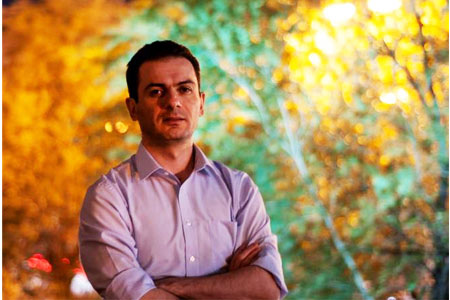 ArmInfo.  Deputy Head of the Cadastre Committee of Armenia Levon Melikyan, who also served as the head of the committee, was dismissed from his post. According to the  official website of the government, the corresponding decision was  signed by the Prime Minister of Armenia Nikol Pashinyan on November 5.

On the eve of November 4, ArmInfo reported that Melikyan submitted  his resignation to the Prime Minister.

To recall, on October 18, Head of the Cadastre Committee of Armenia  Sarhat Petrosyan, announced his resignation, explaining this as "the  inability to put up more with amateurism and clanism, bordering on  corruption." Prime Minister Nikol Pashinyan signed the statement only  on October 31, after which the duties of Petrosyan were assigned to  his deputy Melikyan.

By the way, Petrosyan himself had already responded to the statement  of his former deputy, noting that in the initial version of the  explanatory letter for the dismissal, he also planned to write about  the decision of his colleagues to leave the department, but then  changed his mind. "We, as a team, came to change the situation. And  now we are leaving as a single team. This proves once again that we  were able to form a single system and a single vision of the  situation. I hope that we can be useful to our country, '' Petrosyan  wrote.