Indian pharmaceutical industry exhibition-conference to be held in  Yerevan 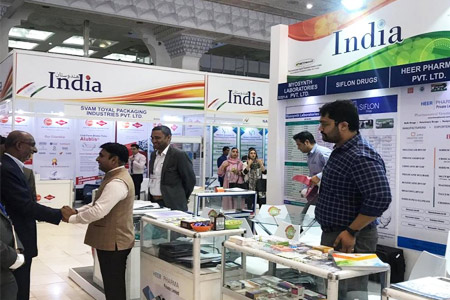 At the exhibition and conference, prospects for establishing business  relations with the pharmaceutical sector of India will be considered,  the achievements of the industry in this country will be presented,  and issues of its legislative regulation will be considered. Within  the framework of the conference, B2B meetings will be held between 23  leading Indian and Armenian pharmaceutical companies.  Ambassador  Extraordinary and Plenipotentiary of India to Armenia Kishan Dan  Dewal will deliver a speech at the opening ceremony of the  exhibition. The pharmaceutical industry in India will be represented  by Abhay Sinha, Senior Director of PHARMEXCIL.

India is one of the largest generic drug suppliers in the world, with  approximately 20% of global supplies.  About 3 thousand  pharmaceutical companies operate in the country. The cost of  medicines manufactured in India is more than three times lower than  its American counterparts and two times lower than in Europe.

India is a manufacturer of over 500 different active pharmaceutical  ingredients (APIs). One of India's strengths is the export of generic  drugs. In total, the export of pharmaceutical products in the  2017-2018 financial year amounted to $ 17.2 billion. It is planned  that by 2020 this figure will be brought to $ 55 billion.

According to the embassy, the first visit of the representatives of  the PHARMEXCIL Council to Armenia took place in March 2011. In the  framework of the conference organized at that time, many contracts  were concluded between pharmaceutical, pharmacy companies and  exporters of the two countries, which led to an increase in the  volume of trade in this area between the two countries.