Deputy Prime Minister: Reasons for resignation of Head of Cadastre  Committee are unacceptable and incomprehensible 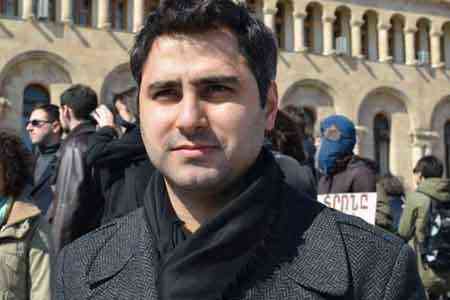 ArmInfo. The approach of Sarhat Petrosyan, Head of the RA Real Estate Cadastre Committee, to his resignation is unacceptable. This is the same if the Minister of  Healthcare resigned because he did not agree with the policies of the  Minister of Labor and Social Affairs.  Armenian Deputy Prime Minister  Tigran Avinyan expressed this opinion in an interview with reporters  on October 21.

In response to a comment by journalists regarding Petrosyan's  statement regarding corruption in Urban Development Committee,  Avinyan called on journalists to get clarification directly from  Petrosyan himself, admitting that such a statement was unexpected.

At the same time, Avinyan noted that the work of Sarhat Petrosyan was  positively evaluated, however, the issue of appointing him to another  position is not on the agenda.

To recall, on October 18, the Head of the Cadastre Committee  submitted a letter of resignation to Prime Minister Nikol Pashinyan,  noting as the main reason that he did not share the government's  policies and the existing approaches in the field of urban  development.