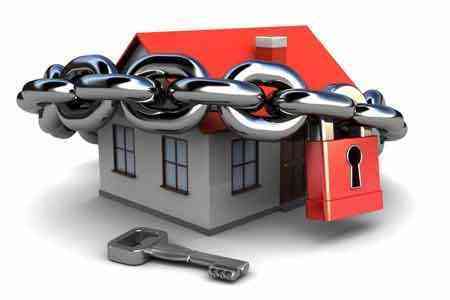 ArmInfo.In Armenia, illegally acquired property worth more than 50 million drams can be confiscated in favor of the state. The draft law developed by the RA  Ministry of Justice became the subject of public discussions held in  Yerevan on October 15 during the Round Table.  RA Deputy Minister of  Justice Srbuhi Galyan said that the bill defines the concept of  "illegally acquired property".

At the first stage, all cases related to this type of property will  be considered by the court on the proposal of the prosecutor's  office, but in the future this right will be transferred to the  created anti-corruption courts.  "This is a civil law process, not  aimed at punishing a citizen," the deputy minister said. According to  her, the basis for filing a lawsuit may be certain actions or the  status of a citizen. For example, it can be a guilty verdict giving  the grounds to assume that the property was acquired illegally - by  participating in criminal gangs, illegal arms and drug trafficking,  trafficking, and the corruption nature of the crime. In relation to  officials, there will be operational information on the availability  of illegally acquired property. To initiate the process of  confiscation of property, the law establishes a difference of 50  million drams between income and property. At the same time, the  deputy minister pointed out the possibility of retroactive effect of  the law. At the same time, the fact of the presence of property  acquired illegally, but subsequently transferred or sold to quite  respectable third parties, does not exempt a person from confiscation  of property. Moreover, the property will be valued at current market  prices. This option was chosen because the imbalance between prices  and salaries is obvious 15 years ago and now. "The authorized body in  the person of the prosecutor's office does not initiate the process  immediately after receiving operational information. First, studies  are carried out, and only then, if necessary, legal proceedings are  started by going to court," Galyan said, adding that the law will not  be part of transitional justice, but will act indefinitely.