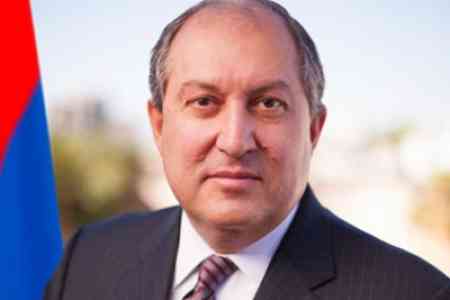 "On the basis of the proposal of the Prime Minister of the Republic  of Armenia, according to part 1, article 133 of the Constitution, and  also part 2, article 13 of the Law" On Service in the Police ", to  dismiss Valery Osipyan from the post of the Chief of the RA Police,"  the presidential decree stated, published on the official website of  the President of Armenia.

To recall, earlier the Prime Minister granted the request for the  resignation of head of the National Security Service Artur Vanetsyan.  According to unconfirmed reports, the most likely candidate for the  position of the new director of the NSS is friend of Nikol Pashinyan  Commander of Police Troops, Deputy Chief of Police Vahe Ghazaryan.  However, the name of former Minister of Defense Vagharshak  Harutyunyan is also mentioned. A member of the board of the Civil  Contract party Vilen Gabrielyan, who on June 16 at the Civil Contract  party congress became a member of the board elected by the congress,  can be appointed the Chief of the police.

It is no coincidence that yesterday in the parliament the first  reading was adopted of a change in the qualification for candidates  for the posts of heads of security agencies, which will enable the  Prime Minister to appoint not only professional personnel from the  system, but also any Armenian citizen who is 25 years old, and who  has been living in the country for four consecutive years.