"My Step":Possible decision of NA to terminate powers of President  of Constitutional Court  cannot be considered as pressure on judicial  system 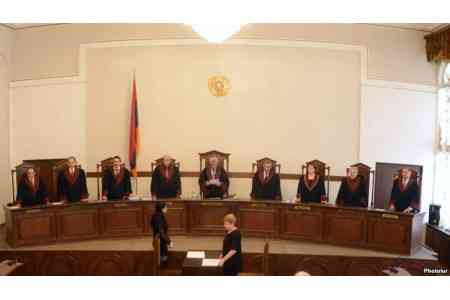 ArmInfo. The initiative to terminate the powers of President of the Constitutional Court  Hrayr Tovmasyan is within the full powers of the RA National Assembly.   Suren Grigoryan, MP from the "My Step" faction, expressed such an  opinion during a briefing in parliament on September 17.

<A possible decision of the National Assembly regarding the  termination of the powers of the President of the Constitutional  Court cannot be considered as pressure from one branch of government  to another, since these powers were given by the Constitution.

If someone claims to exercise authority granted

The Constitution, in itself, can be regarded as a pressure on the  judiciary by the Constitution, I have serious doubts about the legal  knowledge of these people>, Grigoryan explained. He noted that when  the project is ready, the public will learn more details about the  reasons for this decision. The MPs of the parliamentary