Human rights activist: Vanetsyan`s resignation may have both internal  and external reasons 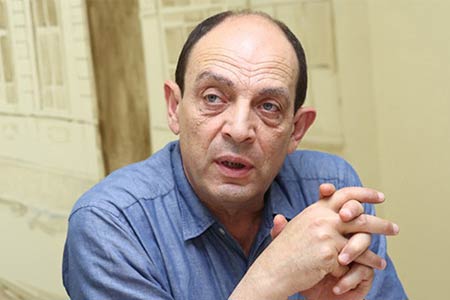 ArmInfo. The resignation of the director of the NSS, Arthur Vanetsyan, can have both internal and external reasons. A similar opinion was expressed by ArmInfo chairman  of the Helsinki Committee of Armenia, human rights activist Avetik  Ishkhanyan.  Internal reasons, according to his estimates, may be due  to court games surrounded by the prime minister.  Even in the most  closed systems of power, there is always a struggle for internal  influence on the country's leader. Meanwhile, both in Armenia, the  NSS and the Police, as well as the investigating authorities, are  structures under the Prime Minister.

"These are not separate ministries, respectively, their leaders are  some of those close to the prime minister.  Accordingly, Vanetsyan  could well lose in this internal struggle. However, his departure  could have external reasons related to geopolitics," he stressed.

Armenian Prime Minister Nikol Pashinyan announced the resignation of  Vanetsyan on September 16. After that, Vanetsyan himself announced  his resignation, noting in his statement that "spontaneous decisions,  sweeping actions, the absence of differences between the primary and  secondary are not the path that leads to the achievement of goals."  Armenian President Armen Sargsyan has already signed a decree on  dismissing Vanetsyan from the post of head of the National Security  Service. Based on the statements voiced by Vanetsyan himself, the  human rights activist expressed confidence that the director of the  National Security Council was clearly not resigning at his request.  Vanetsyan, according to his estimates, was clearly dissatisfied with  some actions, the course of the prime minister, as a result of which  he was forced to resign. Regarding the very actions of Pashinyan,  according to Ishkhanyan, one can only make assumptions.