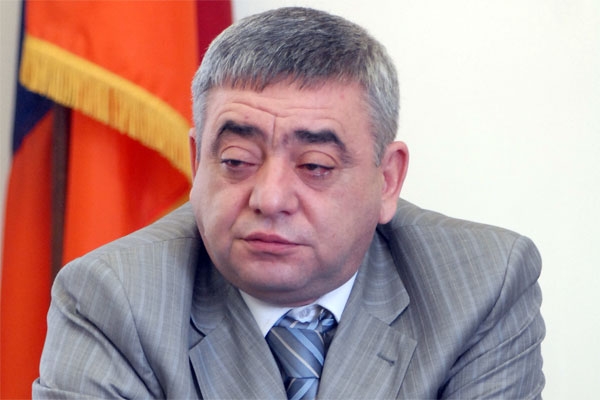 ArmInfo. The preliminary  investigation body does not have  any information about the  whereabouts of the brother of third President of Armenia Serzh  Sargsyan, Levon Sargsyan. ArmInfo was informed about this by head of  the Information and Public Relations Department of the Investigative  Committee of Armenia Naira Harutyunyan.

It should be noted that today it became known that the court chose  the arrest as a measure of restraint against Levon Sargsyan, within  the criminal case on the facts of abuse committed during the  construction of the North-South road.

Earlier, the Investigative Committee of Armenia reported that  Sargsyan was prosecuted as part of a criminal investigation  instituted on the facts of obvious abuses during the development and  implementation of the North-South highway construction project.  Sargsyan was put on the wanted list.  To recall, the loan agreement  under the Tranche-2 for the construction of the North-South transport  corridor was signed on May 30, 2011. The general contractor was the  unknown Spanish Corsan Corviam Construccion S.A. The contracted cost  of construction work was $ 179.6 million, the Asian Development Bank  ($ 170 million) acted as a creditor. Today, construction work is  suspended. The company actually went bankrupt.  According to  independent observers, it was the president's brother who could be  the main figure that "protects" this company. According to experts,  we could talk about "kickbacks" in the amount of 30-40% of the  contract amount.  At the time when the contract was signed with the  Spanish company, Levon Sargsyan held the post of Ambassador on  special assignments.