Laura Cooper: Armenia is an important partner for the USA 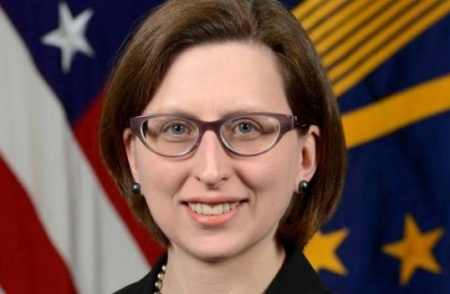 As ArmInfo was informed in the press service of the RA Ministry of  Defense, the US Ambassador to RA Lynne Tracy also participated in the  meeting. At the beginning of the meeting, Tonoyan touched on the  September 11, 2001 terrorist attack in the United States, noting that  all efforts should be made to prevent similar incidents in the  future.

The Minister presented the current state of the Armenian-American  defense cooperation, stating that it includes many areas, while  expressing the hope that the development of cooperation will be  permanent.

In turn, Cooper stated that she was glad to be in Armenia and to  study those areas that would maximize bilateral cooperation on peace  and security.

At the same time, she assured that Armenia is an important partner  for the United States, and the states highly appreciate the  interaction within the framework of the NATO peacekeeping mission  "Partnership for Peace" and the "Decisive Assistance" mission in  Afghanistan. At the same time, Cooper announced the readiness of the  American side to continue joint work on a variety of issues of mutual  interest, including guaranteeing regional and global security.

The interlocutors discussed a wide range of issues of mutual  interest.