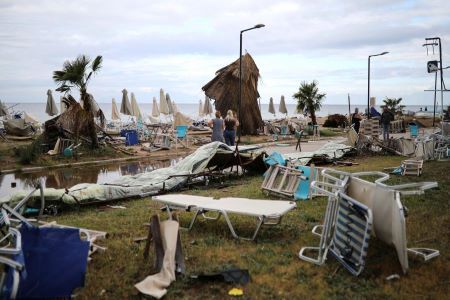 ArmInfo. According to preliminary data, no Armenians have suffered  as a result of a storm in Greece.

According to the RA Embassy in Greece, there are no Armenians or  Armenian citizens among the victims or among the dead.

To note, six tourists have been killed and at least 30 other people  injured in a violent storm that swept across a region of northern  Greece.

A Czech couple died when their caravan was blown away, and two  Romanians and two Russians were also killed.

Charalambos Steriadis, head of civil protection in northern Greece,  described it as an "unprecedented phenomenon".for Greece.