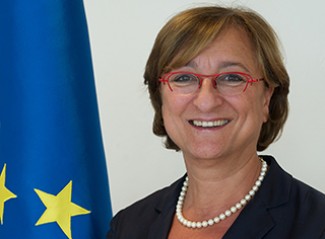 Vigen Kocharyan welcomed the members of the delegation and noted the importance of their assistance to fundamental reforms in Armenia. The Deputy Minister of Justice announced that the government is currently carrying out comprehensive work on the development of judicial and legal reforms, strategies for the protection of human rights, as well as anti-corruption strategies and action programs resulting from them, which will predetermine the priorities of activities for the coming years in the planned areas.  Kocharyan especially emphasized the objective need for judicial and legal reforms, ensuring the independence of the judicial system and increasing public confidence.

Presenting a program of action within the framework of judicial and legal reforms, Gabriella Battaini-Dragoni stressed that the Council of Europe had already guaranteed significant financial support. Summing up the discussion, Vigen Kocharyan assured his colleagues that the RA government is decisive in the matter of carrying out reforms, relying on the criteria and expert potential of the Council of Europe.