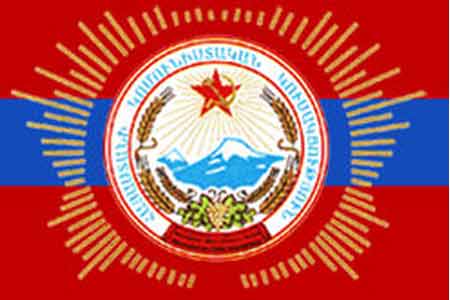 ArmInfo. The Communist Party of Armenia expresses deep concern over the domestic political tensions that are emerging in the last days.

The party recognizes that there are serious omissions in the field of  justice that have occurred since the beginning of the 1990s,  contributing to the "oppression and enrichment of the working people  with the authorities". "Realizing the need for reforms, however, the  path taken by the authorities leads to a dead end, a split in  society, and a shaking of the foundations of the statehood of Armenia  and Artsakh," the statement said. The Communist Party of Armenia,  having a long-term rich experience in state-building, expresses  concern about "attempts to violate the principle of separation of  powers and separation of broad layers of society, enshrined in the  Constitution".

The CPA calls upon the authorities, remaining loyal to the course of  economic reforms, to address the social and economic problems facing  the country, raising the standard of living of the people and  strengthening the security of the state exclusively within the  framework of the Constitution.