Proceedings against the second president of Armenia suspended: Case  sent to Constitutional Court. 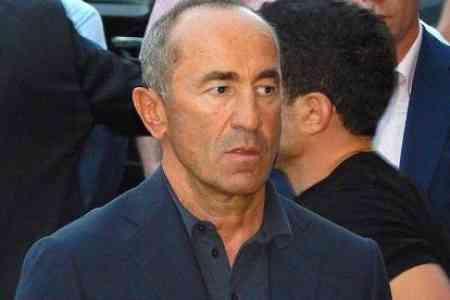 ArmInfo. The proceedings against  the second president of Armenia, Robert Kocharyan, the former  vice-premier Armen Gevorgian, the former defense minister Seyran  Ohanyan and the former CSTO secretary general Yuri Khachaturov, have  been suspended.According to Seyran Ohanyan's defense, the relevant  decision was made by the capital court.

According to the court's decision, the proceedings were terminated  and it was sent to the Constitutional Court to clarify the issue of  the constitutionality of Article 301.1 of the Criminal Code of  Armenia (overthrow of the constitutional system), which brought  accusations against Kocharian and others.Earlier, the defense of the  second president of Armenia submitted such a petition to the court,  but it was not considered. Note that Robert Kocharyan is accused  under Part 1 of Art. 300.1 and under paragraph 2 of Part 4 of Art.  311 of the Criminal Code of the Republic of Armenia (overthrow of the  constitutional order of the Republic of Armenia and taking bribes on  a particularly large scale).