Days of Egyptian Culture to be held in Armenia 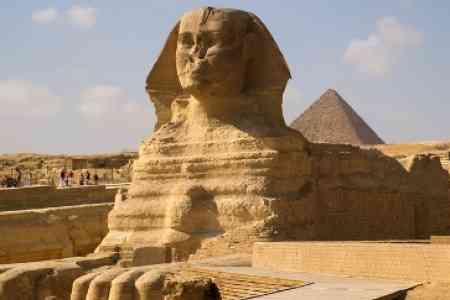 ArmInfo. On April 22,  Armenian Ambassador to Egypt Karen Grigoryan held a meeting with the  Minister of Culture of Egypt, Enas Abdel-Dayem.According to the press  service of the Foreign Ministry of Armenia, expressing gratitude for  the reception, Karen Grigoryan noted that cooperation in the cultural  sphere plays an important role in the Armenian-Egyptian bilateral  agenda.  The Ambassador stressed that the centuries-old friendship  and mutual sympathy of the Armenian and Egyptian peoples are best  manifested in strong human and cultural ties.

At the same time, Ambassador Grigoryan noted with satisfaction that  there is a legal basis for cooperation between Armenia and Egypt in  the field of culture.The Egyptian Minister, in turn, emphasized the  importance of deepening cooperation with Armenia - a country with a  rich cultural heritage. The Egyptian Minister praised the activities  of the Armenian community in the cultural life of Egypt, as well as  the contribution of Armenian artists, in particular, to the Cairo  opera. During the meeting, the parties discussed issues related to  the Days of Egyptian Culture in Armenia.