Gegham Gevorgyan: We will not fight for the elimination of monopolies 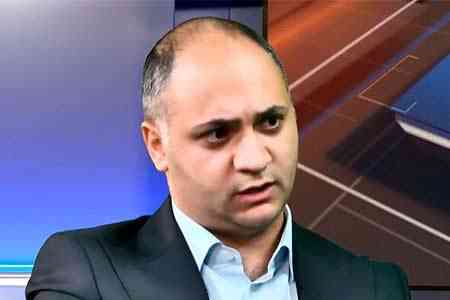 ArmInfo. I present my work as  chairman of the State Commission for the Protection of Economic  Competition (SCPEC) very active and dynamic, I think there are a lot  of work in this area. About this April 17 in an interview with  reporters, said acting of Minister of Agriculture, designee of SCPEC  of Armenia Gegham Gevorgyan.

He noted that important achievements could be made in this area. He  also touched on the fight against monopolies in Armenia. "We will not  fight for the elimination of monopolies. In the near future, I will  speak at the National Assembly on the topic of monopolies. The  problem is that our society misunderstands the concept of monopoly  and does not know what to do with it," he stressed.

On the question of journalists, does this mean that he will explain  what monopolies are, but not to fight them, the latter remarked: "I  didn't say that. We must fight to ensure that those who have  monopolies or take their special place on they would not abuse their  position. That is, it is permissible to have a dominant position in  our society, but within the law, "said Gevorgyan. The latter also  said: "Perhaps we will not be able to eliminate the monopoly, or  there will be no need for this, the main thing is that a person with  monopolies does not abuse his position," the designee of SCPEC  stressed. When asked whether it was true that the nomination of the  head of SCPEC was facilitated by warm relations between Gevorgyan and  Deputy Prime Minister Tigran Avinyan, the latter said that this was  not true. "My relations with Avinyan have nothing to do with it. I  was nominated at the expense of my personal abilities. I was  nominated personally by the Prime Minister," Gevrogyan concluded. It  should be noted that yesterday Prime Minister of Armenia Nikol  Pashinyan nominated the acting Minister of Agriculture Gegham  Gevorgyan to the post of Chairman of the State Commission for the  Protection of Economic Competition. Earlier, Artak Shaboyan was  released from this post.