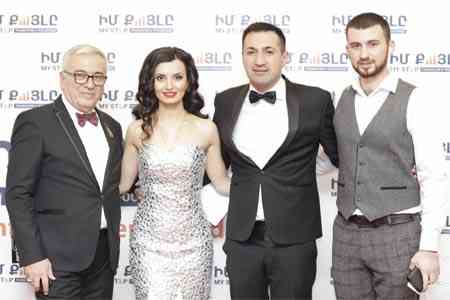 ArmInfo. Yesterday, on November 11, took place  a "Make Your Step" concert in Moscow in support of the "My Step" foundation, founded by the wife of Armenian Prime Minister Anna Hakobyan.

12 ensembles and choirs, as well as famous singers and artists  performed on the stage of the Korston hall.  Over 200 people  participated in the concert. The Armenian Ambassador to Russia Vardan  Toghanyan and the director of the foundation Hovhannes  Ghazaryan attended the event.

Roman Baghdasaryan wrote the script. The presenters are the famous TV  journalist and entertainer Karen Kocharyan.

The concert was a kind of presentation of the new fund "My Step" in  Russia and an appeal to all the Armenian communities to invest their  contribution in its development. The fund was established in July of  this year and aims to support public initiatives in the field of  culture, education, health care and social security.

The sponsor and author of the idea of the concert was businessman  Artem Vardanyan.