Foreign musicians will continue their work in Armenia 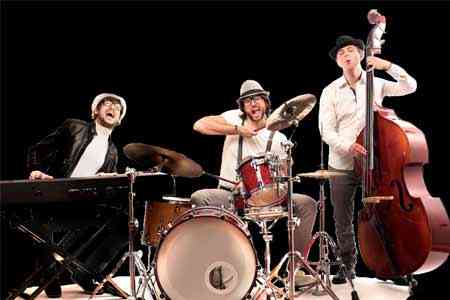 ArmInfo.Foreign musicians will continue their work in Armenia. At the November 8 sitting, the RA government decided to allocate 48.4 million drams to pay their fees.

According to  Acting Minister of Culture of Armenia Lilit Makunts,  the National Philharmonic Orchestra periodically invites leading  foreign musicians, which enhances not only the professionalism of the  orchestra, but also the image of Armenia in the international arena.

Earlier this issue was handled by the ''Luys'' Foundation, however,  after its liquidation, the state assumed the costs of their  maintenance. Acting Minister stressed that we are talking about six  musicians employed in the orchestra. Moreover, funds will be  allocated only for the current year. In the future, Lilit Makunts  promised to find funds from alternative sources foreign funds, grants  and donations.

The proposal of the Ministry of Culture raised concerns about Acting  Minister of Finance of Armenia Atom Janjughazyan, who pointed out  that the initiative of the Ministry of Culture would be an additional  burden on the budget. He recalled that according to the draft basic  law of the country for 2019, funds for these purposes are not  provided at all. "It would not have happened later that in 6 months  you will begin to demand new financial investments," the country's  chief financier expressed his concern.

In response, Makunts again promised to find alternative sources of  financing in the future.

To note, we are talking mainly about musicians invited from Russia  and Spain.