The Eiffel Tower lit in gold in memory of Aznavour 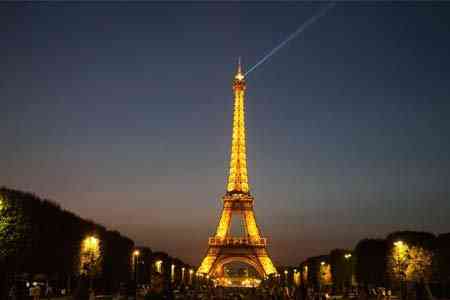 ArmInfo.The Eiffel Tower in Paris turned gold in memory of the great French singer Charles Aznavour. This was reported by the mayor of the French capital, Anne  Hidalgo.

"Tonight Paris will pay tribute to Charles Aznavour, broadcasting his  most beautiful songs and portraits on a giant screen on the Jena  Bridge." The Eiffel Tower, in the background, will be lit in gold,  "wrote Anne Hidalgo on Twitter.  The great French chansonnier Charles  Aznavour died yesterday at the age of 94. Since 2009, he has been the  ambassador of Armenia to Switzerland and the country's permanent  representative at the UN headquarters.