﻿
Politics
MFA: The First Republic of Armenia defended the right of the Armenian  people to exist and self-determination, including in Artsakh

ArmInfo.The Armenian Foreign Ministry issued a statement on the occasion of the First Republic Day.

ArmInfo.The court of general jurisdiction of the Syunik region extended for another 2 months the arrest of son of former MP Arakel Movsisyan (known as Shmays) David  Movsisyan accused in the framework of the criminal case on the murder  of conscript soldier Vahram Avagyan, the defense team of Movsisyan  reports.

Serzh Sargsyan: We need to study the lessons of the past in order not  to avoid the previous mistakes
Armenian President: The historic significance of the First Republic  is invaluable
Artsakh
Stepanakert: The encouragement and approval by the authorities and  society of Azerbaijan of Safarov`s heinous crime is an alarming signa  ofl serious transformation of the public consciousness in Azerbaijan

ArmInfo.Artsakh's Ministry of Foreign Affairs issued a statement regarding the ECHR verdict in the case of Makuchyan and Minasyan v. Azerbaijan and Hungary.

Politician: It is still unclear who is an oppositionist and who is  political trash in Artsakh 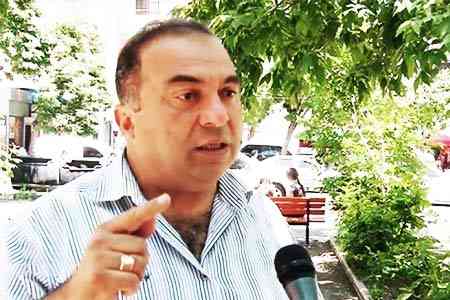 ArmInfo.The political situation in Artsakh can be described as full of disappointment. First of all, due to the fact that the new Artsakh parliament does not reflect the  aspirations of the Artsakh people. Leader of the Artsakh party  Vahan Badasyan expressed a similar opinion to  ArmInfo.

Jonathan Lacote: I hope France always loves Armenia as much as  Armenia loves us
Andrea Wiktorin congratulated Armenia on Republic Day
Society
Torosyan: The situation with the spread of coronavirus infection  remains tense in Armenia 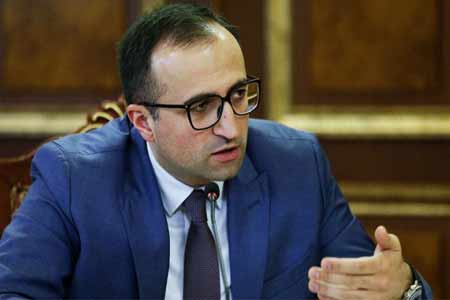 ArmInfo.The situation with the spread of coronavirus infection remains tense in Armenia. Minister of Healthcare of Armenia Arsen Torosyan announced this on May 28 during a briefing.

ArmInfo. On June 2, "Armenia" Aircompany plans to make a special flight on the route  Yerevan-Lyon-Yerevan. This is stated on the official page of the  company on Facebook.

The number of people infected with coronavirus has exceeded 8,000 in  Armenia
Police informs: Sardarapat Memorial Complex will be closed for visits  tomorrow
Eco
Yerevan Municipality urged employees of "Greening and Environmental  Protection" SNCO not to mislead public with false facts